Inspiring fans and rewarding them for their engagement 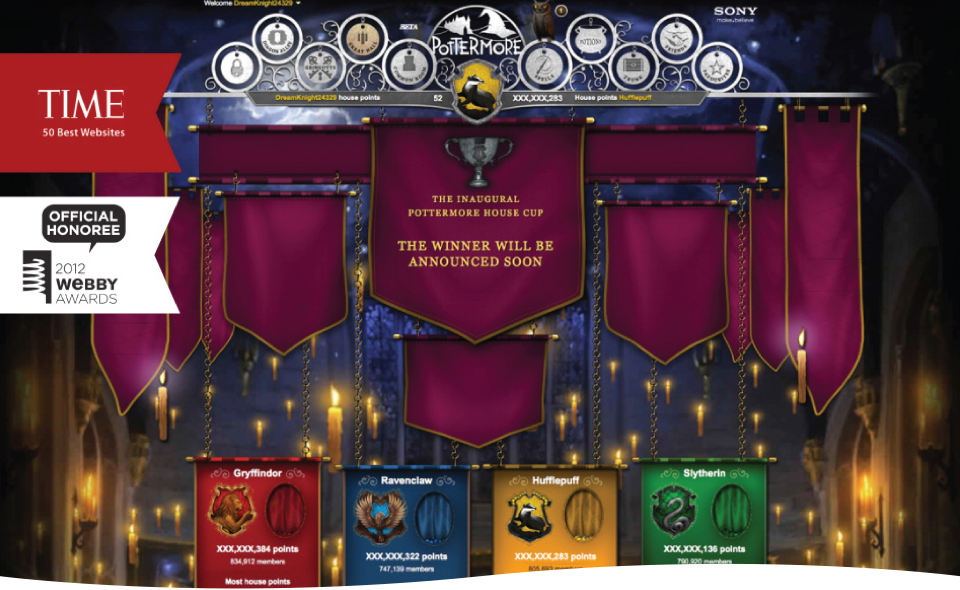 My copy of The Chamber of Secrets used during the process

I took a 'gonzo' approach in which I fully immersed myself into the Harry Potter universe, allowing me to empathise with a committed (and sometimes unforgiving) audience.

The storyline for Harry Potter begins in the early 90s, so a huge amount of effort went into researching style and culture from that period of time to inspire artists to really bring the user into the context of the story.

I planned and participated in collaborative workshops with stakeholders to visualise scenes from the fiction in order to streamline the development process.

I partnered with key stakeholders to develop a strategy to sustain platform engagement using a wide range of rewarding mechanisms, such as community status and content rewards. 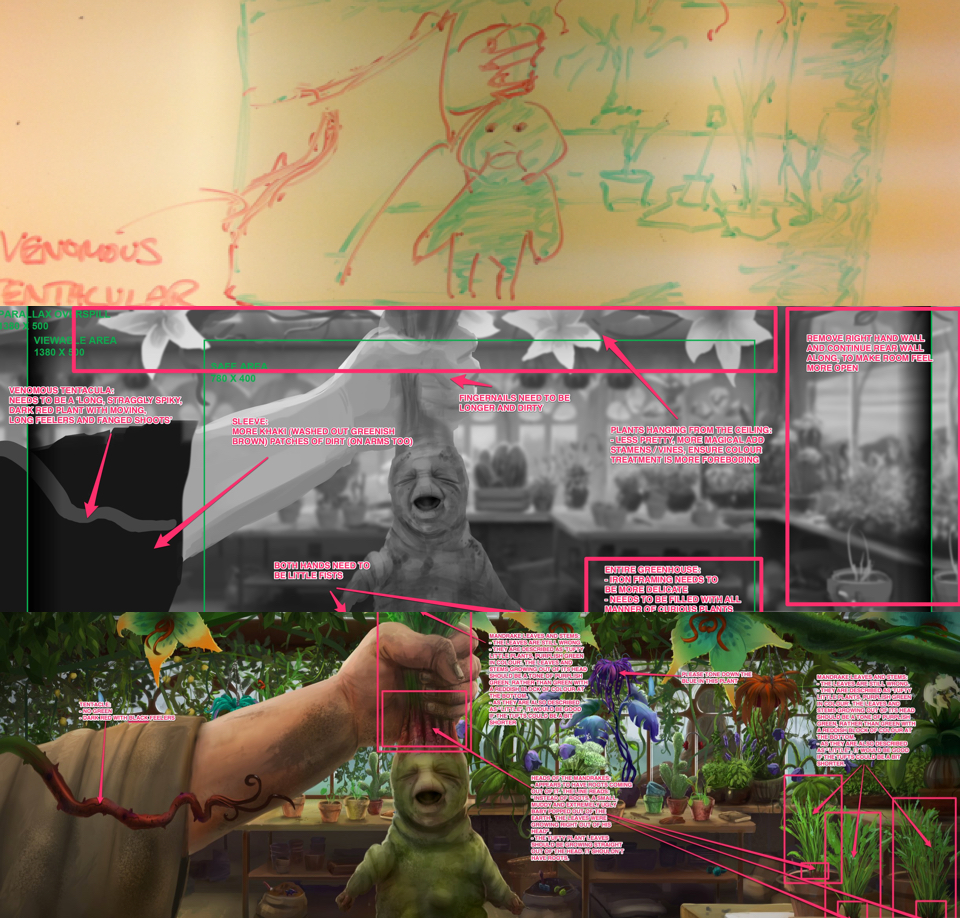 Initial workshop sketch and annotated changes to be made during production

I created a total of 42 creative briefs detailing iconic scenes from the storyline - referred to as ‘moments’ - for the illustration team. These briefs obsessively detailed characters, interactions, scenes and context - providing direction to bring the story to life for fans.

The fiction offered me many opportunities to translate iconic scenes from the series into mini-games, puzzles and rewards for fans throughout the platform.

Mini-game example I developed for the platform

Harry Potter is a global phenomenon, with some of the most committed fans of any franchise. One of the biggest challenges was finding references to reward hardcore fans who had explored more of the platform. I identified opportunities in the fiction and worked with illustrators to hide ‘easter eggs’ throughout the platform.

Research took place across all books to find the colours of Gilderoy Lockhart's garments, referenced in the framed photos

Since its launch in April 2012, Pottermore has been a global success, referred to as publishing's "Radiohead moment". At the beginning of 2013 there were over 8 million registered users, 30 billion page views, and 100 million games played. The platform’s community continued its rapid growth, with more than 13 million platform comments, more than 680,000 twitter followers and 50,000 fan generated YouTube videos.

The Bookseller awarded Pottermore Digital Strategy of the Year in 2013 for "phenomenal commercial results achieved through exclusive e-book sales and a clear strategy to deliver a fully immersive experience." Pottermore was also listed as one of the best 50 websites of 2012 by Time Magazine, and was a 2012 Webby Awards honouree in the Celebrity / Fan category.

Andy is a craftsman who wants to make a difference. Having had the pleasure of working with Andy over a few years, I'd recommend him to anyone looking for a diligent thinker, a maker, and someone who understands not just the product interface layer, but of overall service interactions being created.

Transforming pensions to empower savers to plan for their future.